The Sufficiency of Scripture 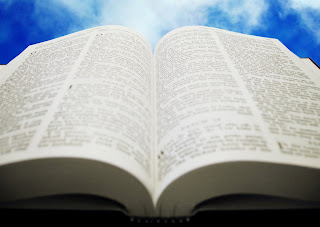 During a time when most mainline denominations have fallen into the pit of liberalism, Southern Baptists have stood firm on the inerrancy of Scripture. Since 1979 the Conservatives have continuously held the presidency of the Convention and the Bible has been held high as the inerrant, infallible Word of God. In this we must rejoice and praise God for His gracious mercy. But while we rejoice that Southern Baptists have upheld the inerrancy of Scripture we must grieve that most deny its sufficiency.

The Bible is sufficient unto the salvation of lost humanity. Over and over we read the charge, "Preach the Word!" This was the method of the Apostles. Paul told the Church of Corinth, "For I determined not to know any thing among you, save Jesus Christ, and him crucified. And I was with you in weakness, and in fear, and in much trembling. And my speech and my preaching was not with enticing words of man's wisdom, but in demonstration of the Spirit and of power: That your faith should not stand in the wisdom of men, but in the power of God" (1 Corinthians 2:2-5). The apostles knew the power of God in preaching. Paul told the Thessalonians,
"For our gospel came not unto you in word only, but also in power, and in the Holy Ghost, and in much assurance" (1 Thessalonians 1:5).

Today, the Word of God seems to have fallen on hard times. We no longer believe its power. Most of the emphasis today is on the music. For many pastors this is the most important thing. They claim that their people want to hear lively, contemporary music. They don't want to hear traditional preaching. They want "messages" that are brief, entertaining, and directed to their felt needs. Many have replaced preaching with drama or puppets or other forms of entertainment. We claim to believe in the inerrancy of Scripture but do we believe in its sufficiency? Oh that we might return to the day when God's Word was thundered from the pulpit with power from on high.

Today the work of the Gospel has become far too much a man-centered work. Instead of humbly submitting ourselves before the sovereign hand of God too many seem to be relying more upon human efforts. We need to step back and reexamine our methodology. J.I. Packer wrote in his book, Evangelism and the Sovereignty of God, "Is this way of presenting Christ calculated to impress upon people that the gospel is a word from God? Is it calculated to divert their attention from man and all things merely human to God and His truth? Or is its tendency rather to distract attention from the Author and authority of the message to the person and performance of the messenger? Does it make the gospel sound like a human idea, a preacher's plaything, or like a divine revelation, before which the human messenger himself stands in awe? Does this way of presenting Christ savour of human cleverness and showmanship? Does it tend thereby to exalt man? Or does it embody rather the straightforward, unaffected simplicity of the messenger whose sole concern is to deliver his message, and who has no wish to call attention to himself, and who desires so far as he can to blot himself out and hide, as it were, behind his message, fearing nothing so much as that men should admire and applaud him when they ought to be bowing down and humbling themselves before the mighty Lord whom he represents" (page 87).

It is wonderful that so many are holding to the inerrancy of Scripture, but may we also hold to its sufficiency. May we have our boast with the Apostle, "For I am not ashamed of the gospel of Christ: for it is the power of God unto salvation. . ." (Romans 1:16).
Posted by Dale Crawford at 7:20 AM